Agreement Document Analysis Framework which currently support the analysis of documents specified with WS-Agreement recommendation of the OGF working group. 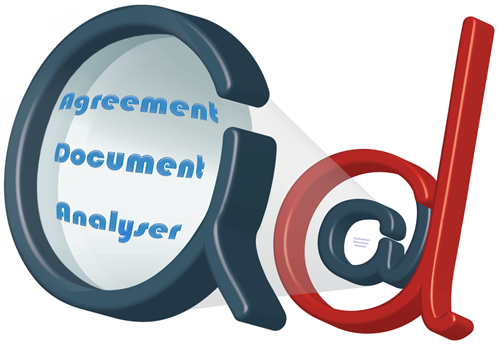 From our experience on agreement document analysis (see related publications) we have identified the common features of different analysis proposals. Those features and the different extension points are part of the ADA FW Core. The remaining features are provided as ADA Extensions.

In the Figure above you may see a detailed description of ADA FW architecture that we brieﬂy describe to understand the functionality and the ﬂexibility of the tool:

From version 0.2.0 ADA is compatible with OSGi, this makes possible to integrate easy with other applications as each extension is now also an OSGi bundle. And the core consumes this extensions and give the necessary feedback.

We summarize the benefits of using ADA FW:

Manual available for the use of this tool:

Choco is Java library that can be used for:

ANother Tool for Language Recognition, is a language tool that provides a framework for constructing recognizers, interpreters, compilers, and translators from grammatical descriptions containing actions in a variety of target languages.

We make good use of several tools developed by apache foundation such as:

From the draft W3C specification: SOAP is a lightweight protocol for exchanging structured information in a decentralized, distributed environment. It is an XML based protocol that consists of three parts: an envelope that defines a framework for describing what is in a message and how to process it, a set of encoding rules for expressing instances of application-defined datatypes, and a convention for representing remote procedure calls and responses.

To extend ADA with a new analyzer, it is advisable to follow the indications of the next UML class diagram:

The three top elements are interfaces and abstract predefined classes of ADA’s core, and the four bottom elements are concrete implementations for the new analyzer:

ADA-FrontEnd is the web tool developed to try ADA online.

ADA-FW is free software, you can redistribute it and/or modify it under the terms of the GNU Lesser General Public License.